Yes, that’s right, one of my youngest children got moved to red on the behavior chart today. If you weren’t sure, yes that’s the worst level. (I hate behavior charts as a general concept. But I’ll share more about that on another day.)

I’ll share just exactly what happened, but first I want to share that being a parenting expert does NOT mean I’m a perfect parent (I’ll share more about this in upcoming posts in this series) and it certainly doesn’t mean that my kids are always perfect! In general parenting or child development expert or not, I think we parents put entirely too much pressure on ourselves to try to be “perfect” What does that even mean?! I also think we put a lot of pressure on ourselves and feel a lot of embarrassment when our kids mess up, especially in public or in front of other parents or family members. I don’t know about how other experts in the field feel, but I know, for me, I do feel added pressure in this arena.  But I also am hoping that my experience can help alleviate a lot of pressure on other parents out there.

Just to set the scene, a little background information is important to build an understanding of developmental level. Chandler is 5 and, with a November birthday, did not make the cutoff for kindergarten this year so he is in TK.

So I’ll bet your wondering, what in the world happened?! Isn’t that the level reserved for kids who hit, spit, throw sand in someone’s face or something equally atrocious? Why yes, yes it is. In Chandler’s case, it was the end of the day and all the kids were packing up. Everone, that is, except Chandler. His cubby was still stuffed full of papers and as she looked around the room, he was no where to be found.  She began to feel a bit panicked when one of the kids spotted him outside. He had left the classroom to go to the bathroom without telling his teacher. No, he’s never done that before. Now, 8 months into the school year, she fully expected he would continue to follow that rule. But I think the thing that really upset her the most, was that he didn’t seem the least bit bothered  when she got upset with him. So in a normal adult reaction to her frustration, she had him move his name to red.

So how do I feel about the incident?
I agree (mostly) with his teacher. He certainly knows the rule and should abide by it. I also think it was a complete lack of judgement, on his part, in that moment. I really think he just had to go and totally forgot the rule. He knew he was capable and took it upon himself to solve his problem. He, understandably, at 5 is lacking the understanding that the rule is not about his capability but about his teacher’s awesome responsibility for the safety and well-being of 24 kids and the fear that she surely would feel at not knowing his whereabouts.

The positive part I can share is that, with the skill set and knowledge that I have amassed, I was not the least bit embarrassed or frustrated about the incident. My kids are going to make poor choices sometimes. No matter how great of a job I am doing, they will mess up. I have to be able take those times as an opportunity to teach better behavior. I also knew exactly how to handle it. So knowing Chandler very well, his temperament and his personality, I had a pretty good understanding of his thought process. So I was confident we could fix it for the future.

I think where his teacher missed the boat in teaching the lesson, was not sharing her fear. Adults can find it very difficult to show their vulnerability to kids sometimes. To Chandler, I think he felt she was just being too strict with her rules. In his mind, he knew he could go to the bathroom and get back just fine. No harm, no foul.

Then as a parent, how did I handle the situation?
First, I let his teacher talk with him a second time as she still seemed pretty frustrated and shaken. (That’s my therapist side, letting her finish having her say!) Then I wanted to help Chandler understand the WHY of the rule. I got down on his level, looked him in the eye and explained. “When you are here, your teacher is responsible for every child in her classroom and their safety. When you leave without telling her, she has no idea where you are and it’s very scary for her. It’s very scary for the adult in charge when we don’t know where you are.” Then I saw his face fall. I knew he got it, he was beginning to understand on an emotional level, the why. I asked him if he would like to apologize to his teacher. (I never force apologies. Another post for another day!) He looked at her and said, “I’m sorry.”

His teacher thanked me. She seemed very relieved. I felt confident in the way I handled it and that Chandler fully understands why that rule is in place. Will that be the end of it? Not quite. I will talk with Chandler a couple of times over the next couple of days and ask him about the rule, why it’s there and what he will do next time and then do any additional coaching as needed.

Kids will make some poor choices. It’s not a direct reflection on us as parents or the job we are doing. But how we handle the situation definitely is. 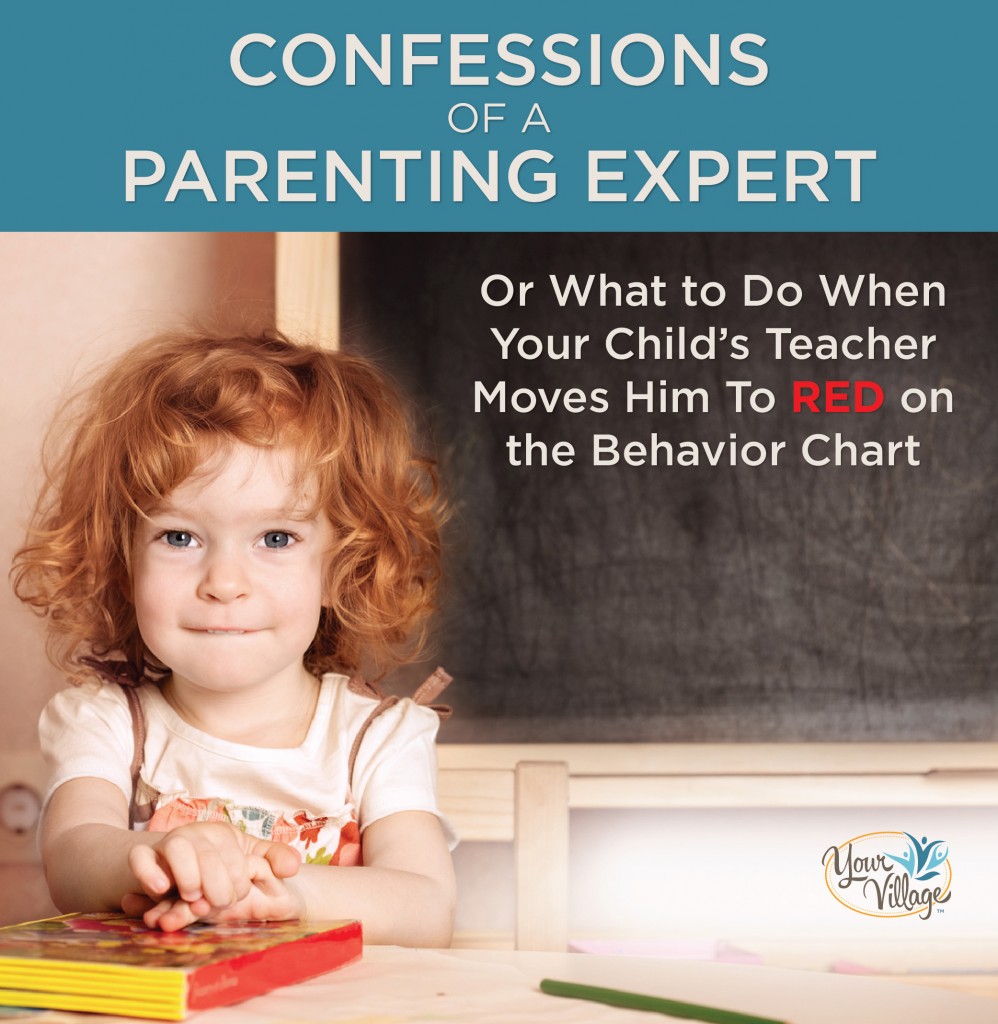