For more tips on kids and sports, listen to our podcast episodes Kids, Sports & Competition and Raising Fit Kids for Life.

If you’ve read some of the other posts, you may be aware that I am a triathlete. I really enjoy the cycling, I like running (although it took me some time to get good enough to enjoy it) But swimming is my nemesis. I just don’t get the appeal. I’ve tried in the past several time to make friends with swimming by going 3 days a week and I just ended up burning out. I’m now back in the pool twice a week and so far swimming and I are doing OK together, but I don’t think she will ever be my favorite.

My son on the other hand, at 6 years old, shows quite a bit of talent for the sport. So obviously he did not get it from me! (His competitive spirit could have definitely come from me though!) Now will he be a competitive swimmer as he ages? I have no idea! But here are some pearls of wisdom I can share that can be about sports but also can spill over to many other areas of raising kids, from academics to friendships to extra-curricular interests.

This morning my son decided he was NOT going to swimming. Which was puzzling because just 2 days prior he was disappointed because there was no practice and he said he wanted to go to swimming every single day.

Open a dialogue and ask questions. I took my son in his room and asked him why he had a change of attitude. He shared that it made him tired when they asked him to swim 4 laps freestyle.

Give Permission for Less than Perfection. (Keeping in mind age-appropriateness) I told him that if he gets too tired that it’s OK to stop and take a break. (Keep in mind he’s a 6 year-old getting started in a sport and not a top caliber high school athlete contemplating throwing away his chance at college scholarships! If this is your situation then read on!)

Know when to push and when to back off. This is more of an art than a science. My son was pretty indignant that he was not going to swim today. He did this once before about 3 weeks ago. But back then, he was going 6-8 times a week (4 mornings, 2 afternoons and up to 2 stroke clinics a week) and was right in the middle of the season. So I let him take the lead and take the morning off. He was getting a little burnt out. But as of this morning he had 2 practices left for the rest of the season. This is the LAST week of practice and his last meet of the season is this Saturday. I know next week he will be sad when he doesn’t have any swim practice at all!

Help your child define his Goals. Then know they have to be his or hers. Because I didn’t feel it was in his best interest to skip today under the circumstances I asked him about his goals. (I already knew what they were but I wanted him to remember.) He has 2 goals. First, he wants to always be first in his lane at practices (the fastest swimmer in the lane always goes first) and second, he wants to win a red and blue ribbon in his events. (So far he’s gotten 3rd at the last 2 meets.) So again, I went into question mode. How are you going to reach those goals? (it took some time to get to the answer I was looking for, since he’s only six!) “Breath to the side.” “Swim more.”  “Listen to my coaches.” Finally, he gave the answer I was after,“Go to practice.” I handed him his suit and said, “OK. Put on your suit. I’ll meet you downstairs.”

Like I said, not every kid has an extreme athletic talent and time will tell if Carter has both the talent and the ambition to keep it up for years. But I do know that when it comes to helping kids set goals and realize those goals that are farther out than the immediate future, it’s important to ask questions, listen, coach, and guide. I know that when it comes to anything, whether it’s school work, athletics, music or any other endeavor that the fastest way to turn a kid off is to spout, “You WILL go to swim practice today, young man and THAT IS FINAL!!!” I know that when it comes to any long term commitments and goals, the drive has to come from the participant or it will be short lived and will be a constant battle every single time until the child eventually gains the upper hand. These are what we term power struggles and we want to do everything we can to stay out of them! If you are looking for more information on how to do just that, you can see our workshop on Power Struggles. 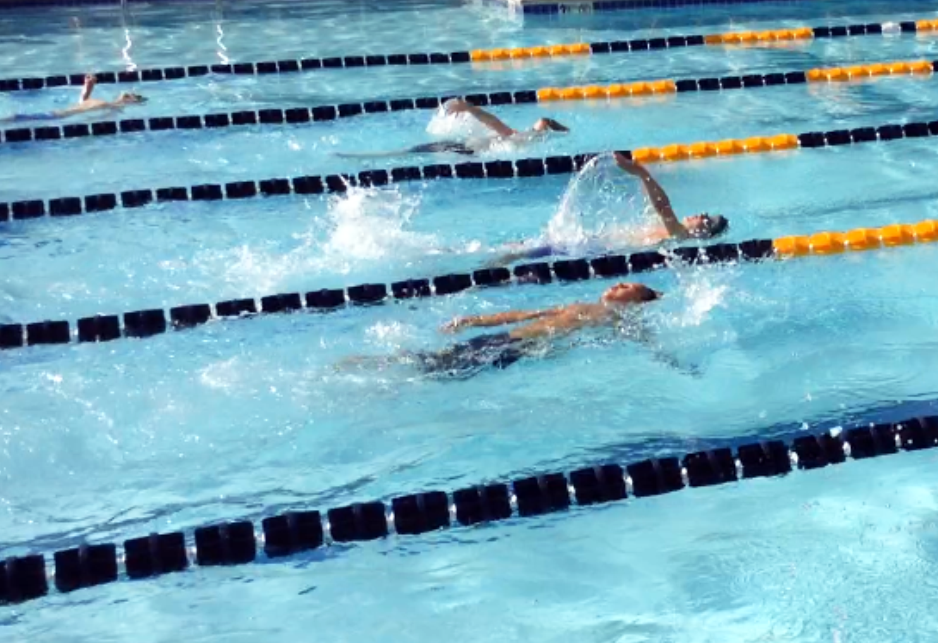 Do you have a child/children who are accomplished athletes, musicians, scholars, artists, etc? What has worked for you?