Reward and punishment systems are everywhere. They permeate our culture. They always have been and continue to be popular in a lot of schools today and most of us grew up with these in our homes. So it’s just what we know. It’s what we are familiar with. I actually just did a pinterest search on rewards and punishments and many of the things that came up, from child development perspective, were absolutely cringe worthy. Listen, there’s some great parenting advice out there but there’s also some really bad, and frankly, damaging advice out there too. So I’m going to share all about these today so you can be very educated in this area and know how to avoid it in the home and how to minimize the damage when they are used in other ways, from sports programs to schools.

Alfie Kohn is a well know and respected developmental psychologist and he says in his book, Punished by Rewards, “What rewards and punishments do is induce compliance, and this they do very well indeed…but if your objective is to get long-term quality in the workplace, to help students become careful thinkers and self-directed learners, or to support children in developing good values, then rewards, like punishments, are absolutely useless. In fact, as we are beginning to see, they are worse than useless – they are actually counterproductive.

In order to address the pervasive culture of rewards and punishments, the first step is to understand what they are and the negative outcomes to using them. Once we understand this we are ready to try to do things differently. so then we need to know what are these better ways? I’ll cover all of this along with a great question that came in a few weeks ago on just this subject.

First, rewards and punishments are a behavior based approach that many times do work to alter behavior in the short term. However, in the long term they are very detrimental.

First let’s think about what is motivating the change of behavior? If a child changes his or her behavior because she is afraid she will lose her favorite toy why is she behaving better? is it because she learned a lesson or is it so she doesn’t lose the toy? When she goes out in life and has no one to dangle that punishment over her will she still make the right choices?

In addition, punishment does not teach how to think, as in values morals or judgement. It teaches what to think, “do because I said so” “do so you don’t get in trouble” rather than, doing or not doing something for the higher reasons, “teamwork” “cooperation” “helping others rather than hurting others.”

To learn more about rewards and punishments, and what to do instead 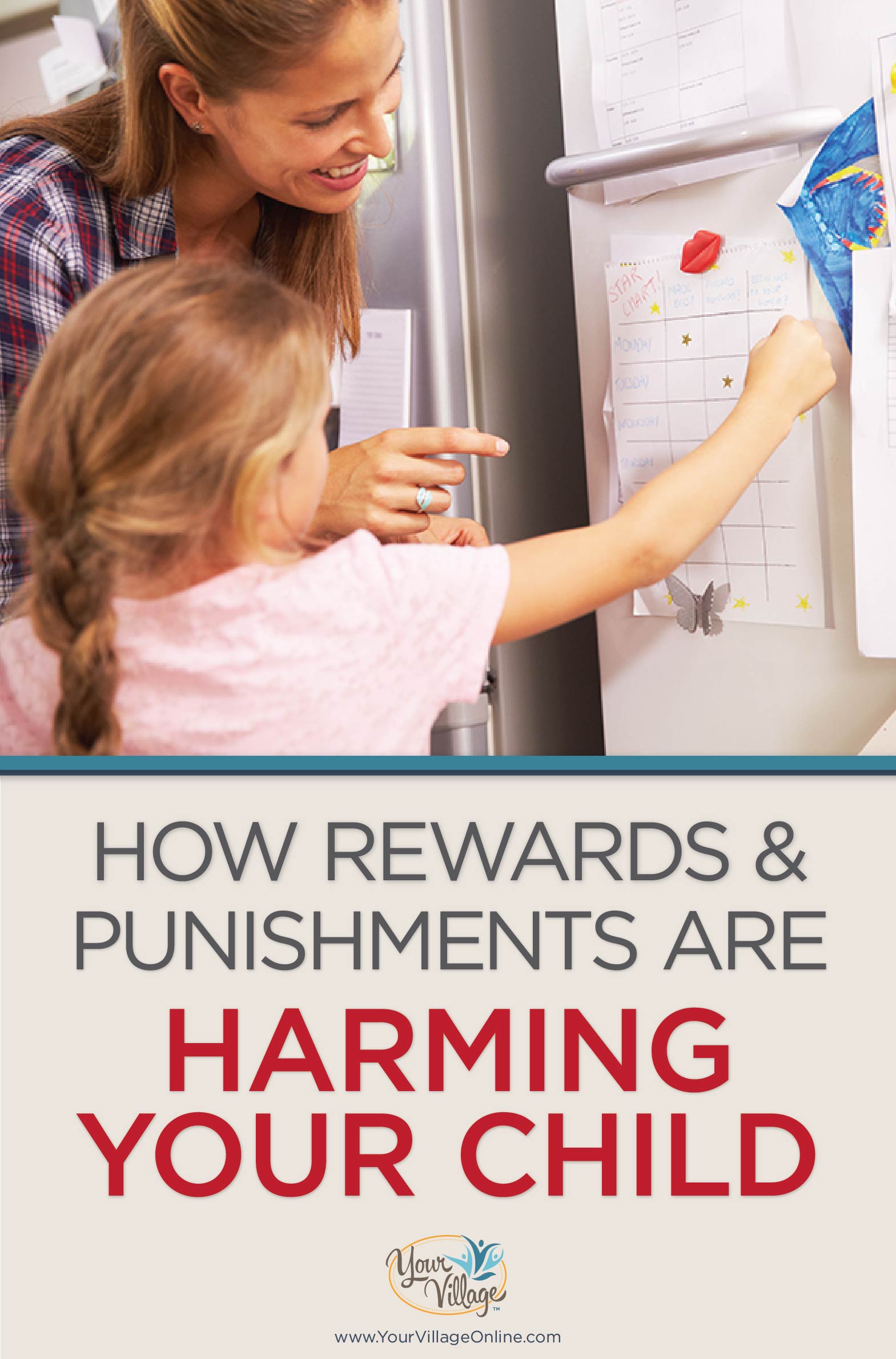